Ultorg now supports JSON as a basic data type in table columns and formulas (#12). JSON data is automatically pretty-printed in the user interface, in a style appropriate for the current text wrapping mode. In formulas, the jsonValue function can be used to extract primitive values from JSON data. These features work on PostgreSQL, MySQL, MariaDB, Microsoft SQL Server, and SQLite. (JSON support on Oracle is left for a future release.)

) in the Folders sidebar and click Edit Table Defaults:

You can then right-click any table column and select Format to see relevant options, as when working in a regular perspective tab. You can also use the Sort actions to set a default sort order, or change the default display names of columns (as in some prior Ultorg versions).

Formatting defaults apply to all freshly created perspectives, as well as when adding a new join to an existing perspective.

), which lets you edit data in an external relational database from any Ultorg perspective.

This feature is particularly useful when editing foreign key fields, where each value is expected to match a primary key value in a different table. If your database contains declared foreign key relationships, Ultorg will recognize these, and use them to retrieve suggestions.

For databases without declared foreign keys, you can use the Custom Join action to get the same behavior. Right-click any column that you want to behave like a foreign key, click Custom Join, and join against the primary key of another table. Ultorg will use joins configured in the current perspective to determine the behavior of the dropdown list.

If a field is displayed using the Compact Join feature (see Ultorg 1.0.9 below), its dropdown list will show each of the selected fields from the referenced table.

For fields that are not involved in a join, the dropdown list suggests existing values from the same table column. In either case, any text typed will be used to narrow down the suggestions:

Perspectives, Tabs, and Folders: An Overhaul

The major changes are as follows:

In addition, the following enhancements will encourage a tidy folder hierarchy:

Other adjustments and enhancements:

Some improvements were also made to the character set detector and the text import preview.

This feature has been overhauled to address various usability issues (#4). 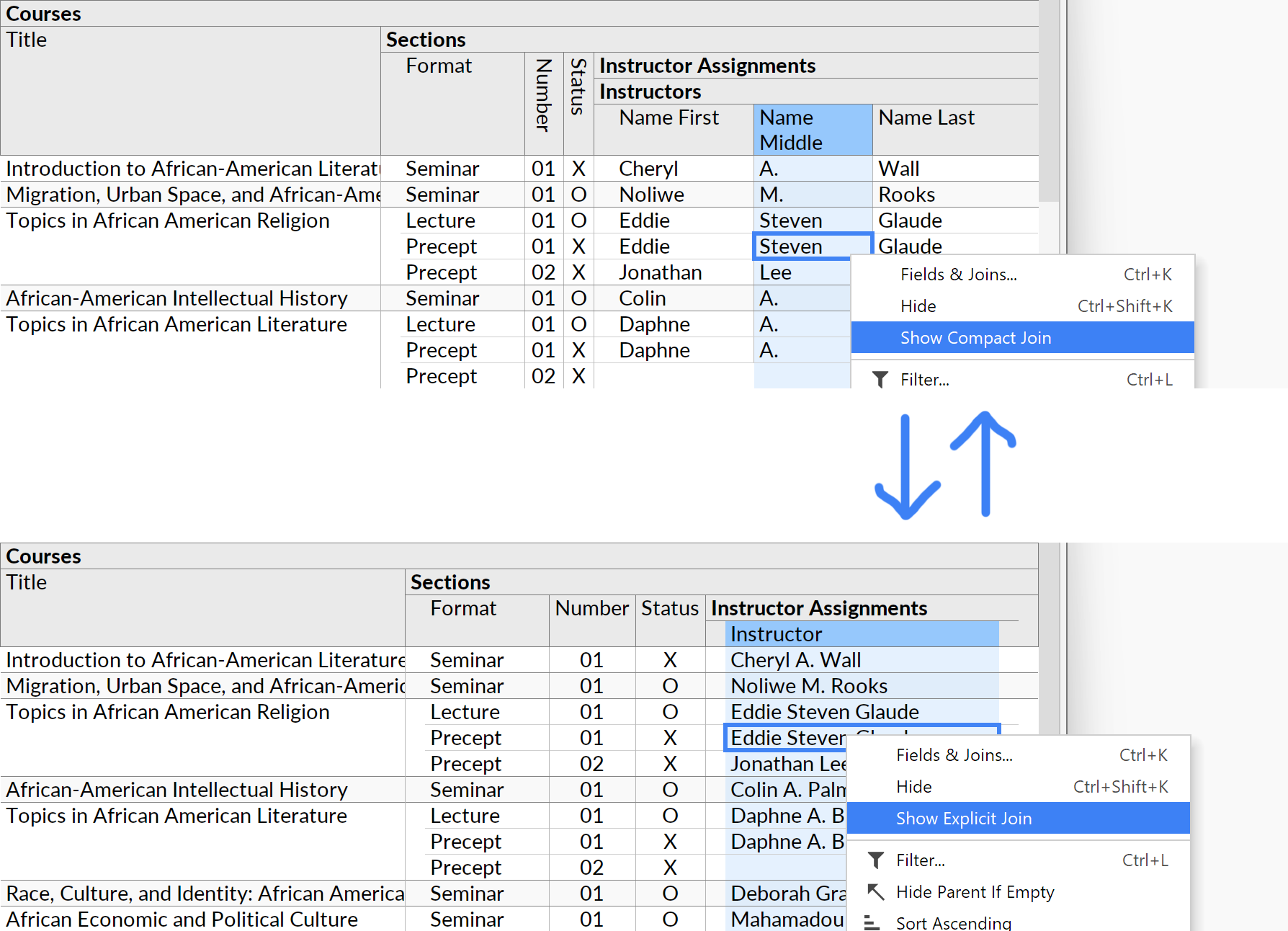 You can now quickly see the total number of rows returned by your query, in the right-hand side of the toolbar area. This would previously have required a =COUNT style formula.

If there are multiple grouping levels (one-to-many relationships), the row count is done at whichever grouping level the cursor is currently located.

By default, only the retrieved number of rows is shown (e.g. ">99 rows"). You can toggle the indicator to get full counts. In this mode, Ultorg will run separate COUNT queries in the background, when necessary, as you move the cursor or modify your perspective.

There's a short demo of this feature here. 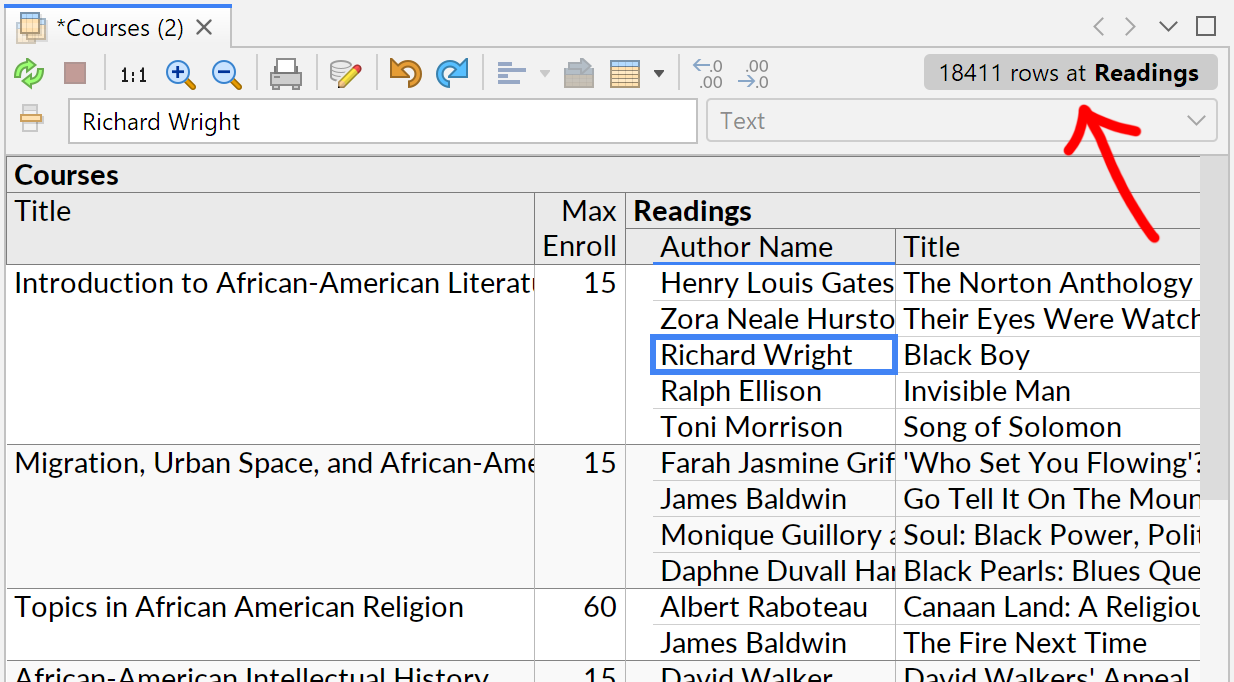 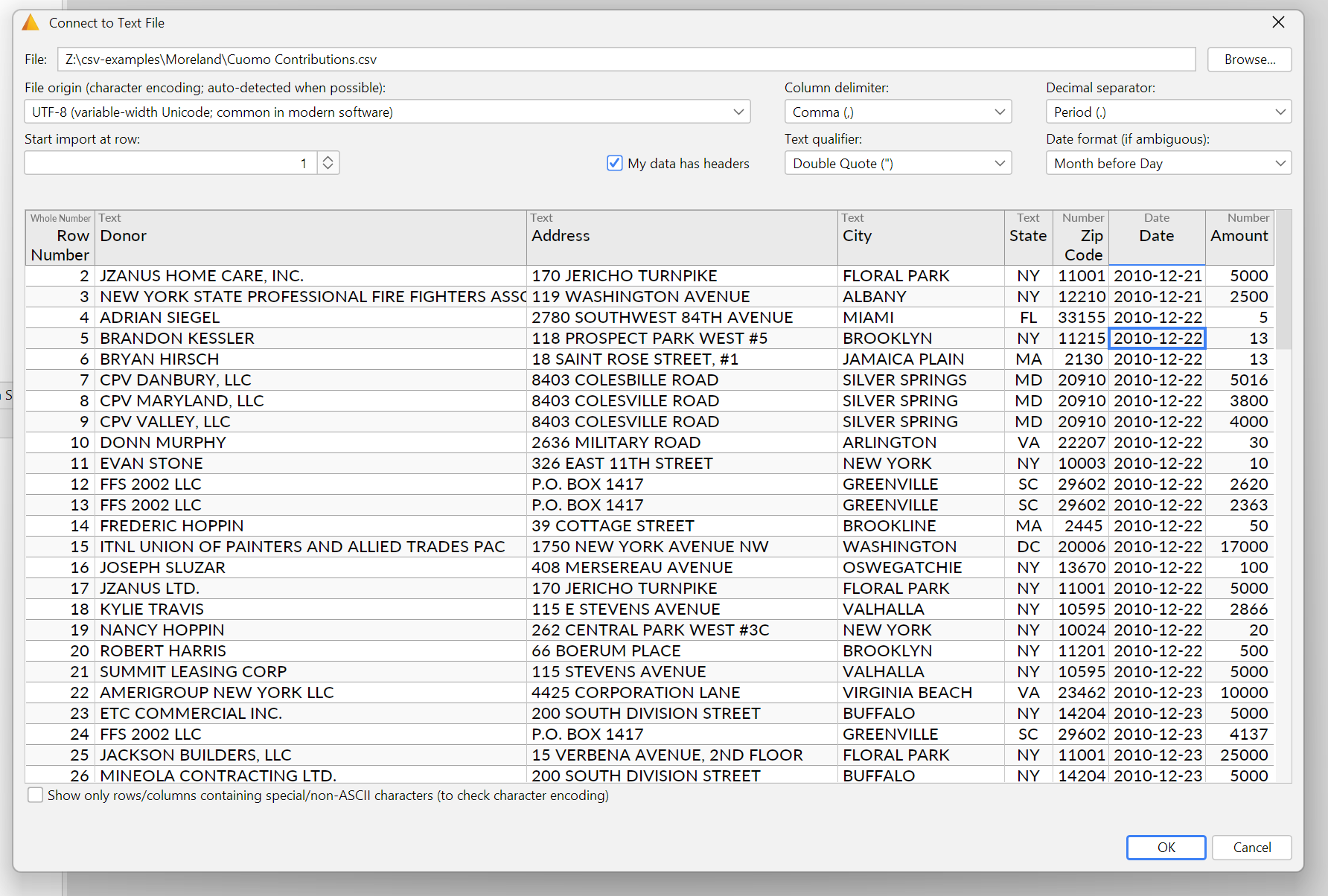